Although mental health awareness month has passed, we should continue to do our best to live mentally healthier lives, whether it is done through exercise, meditation, or simply disconnecting from our electronics for a few minutes each day.  This year Mental Health America, an organization founded in 1909 to help Americans achieve wellness by living mentally healthier lives, focused on raising awarenes on the “importance of a healthy lifestyle and its preventative factors and benefits for mind and body.”

While diet and exercise can beneficially affect the mind as well as the body, there are plethora of illnesses and disorders—approximately 1 in 5 adults in the United States will experience a diagnosable mental health disorder in a given year—some disorders can be less severe and more manageable day to day.  One example is obsessive compulsive disorder.

Read also: I Though Being Miserable Was Just Part of Being Chinese American, by Kristina Wong, Wong Flew Over The Cuckoo’s Nest

Today marks the digital release of As High As The Sky—viewable on Amazon Instant, Hulu, and Cinema Libre On-Demand—about a woman who deals with stress and change by letting her obsessive-compulsive tendencies run wild. The film is also available on DVD.

We recently asked writer & director Nikki Braendlin to discuss obsessive-compulsive disorder.  Here is what she said:

I have struggled with obsessive-compulsive tendencies for decades. I can remember tapping as a child; it had to be in a three-two-one sequence. I also had difficulty not ruminating on one seemingly inane thought. For a long time I chalked it up to me being “quirky” and having an artist’s temperament. It wasn’t until my late-20s that these “idiosyncrasies” started to interfere with daily tasks. I began researching obsessive-compulsive disorder to help me understand what I was experiencing and to help abate my symptoms. 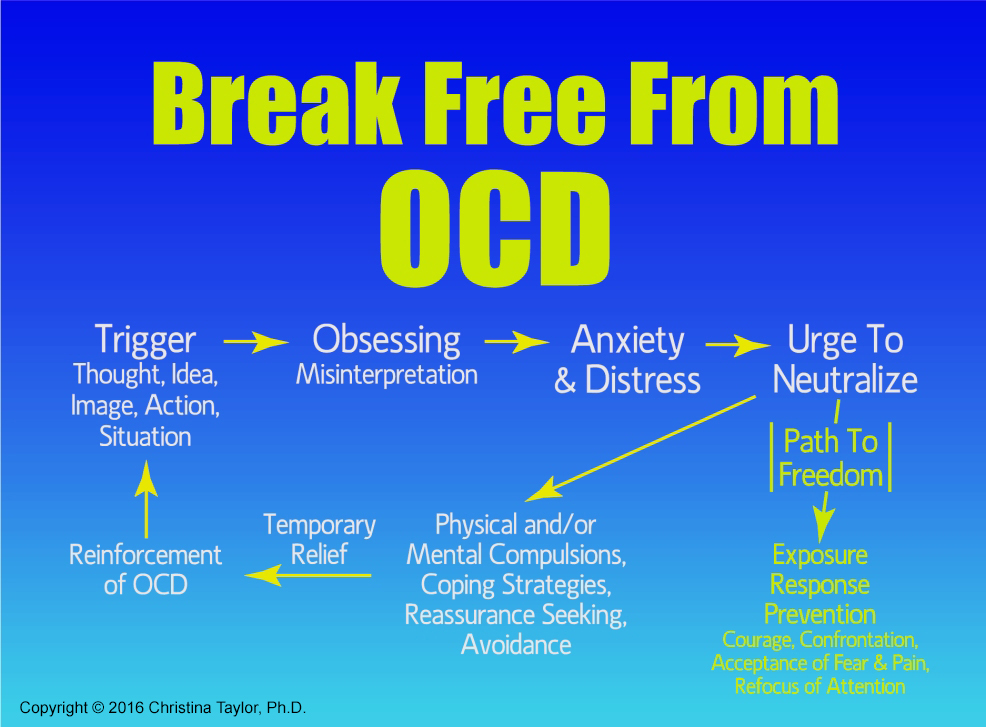 Obsessive compulsive disorder can manifest itself in various ways. The National Institute of Mental Health has a helpful list of signs and symptoms that includes repeatedly performing rituals like hand washing and counting as well as an inability to stop unwanted thoughts.

The internet is laden with quizzes you can take to see if you’re OCD. They range from a few “yes or no” questions to long questionnaires where you rank your tendencies on number scales. However, if you are experiencing symptoms, I would caution against self-diagnosis and encourage you to talk with your doctor or mental health professional.

The Mayo Clinic states that physical exams, lab tests and psychological evaluations may be conducted to diagnose obsessive-compulsive disorder. Psychotherapy and sometimes medications are often recommended for treatment of OCD.

I was interested in exploring this mental health issue in a film and was able to do this with my feature, As High as the Sky. Because I have experienced my compulsions worsen when I am under stress, I wanted to delve into a character with OCD who is going through a particularly difficult time. In the film, “Margaret” has just been jilted by her fiancé. Where she used to be a little particular about her surroundings, she now needs to constantly control them.

Directing a film that explores obsessive compulsive disorder while dealing with it myself proved to be an interesting experience. While I have learned to perform most of my compulsions surreptitiously, it’s inevitable that sometimes people notice. I felt it was only fair to warn the crew, so they didn’t feel my actions were a reflection of their work. Someone would place a glass, I would need to move it about. A t-shirt was hanging out of a drawer; I felt the urge to adjust it a bit. After I would engage my compulsion, the prop was often in the exact place the crew member had originally placed it. Thankfully, the wonderful people on set found it more amusing than insulting, and many expressed having similar tendencies themselves.

Ultimately, the process of writing and directing this film proved therapeutic. Exploring “Margaret’s” past forced me to look at my own inclination to suppress emotions (which then surface as anxiety, worsening my OCD). The times on set when I forced myself to contain my need to act on an obsession, I found that the compulsion went away. Of course, watching “Margaret” adjust folders or a salt shaker was also helpful. It was like an avatar fulfilling a need of mine.

Also read: How the Media Makes Women Insecure About Their Weight

The mind is a complex, organic machine and each of us processes and handles information differently than others.  If you feel like you might be suffering from mental health issues, speak to your health care provider or visit www.samhsa.gov/treatment to discover your options.

An executive member of Women in Film and a member of Film Independent, Nikki Braendlin is the manager of Aunt Kiki Productions, a Los Angeles based film Production Company. She began her artistic career at the Stella Adler Academy of Acting. As High as the Sky is her debut film as a writer/director. READ MORE

Ride Report – A Motorcyle Adventure Ride to Brazil’s Carnival…Couch Surfing along the way
After Motorcycle Accident, New Technology Puts Handicapped Driver Back Into A Race Car